Habitat Forum Berlin was created in 1987 by various non-government-organisations after an international conference held in Berlin on occasion of the “International Year of Shelter for the Homeless” of the UN. During this process, professors, urban planners, sociologists, architects and activists concerned especially with Developing and Industrialising Countries committed themselves to work for the sake of critical housing and urban politics – politics that consider and realise human beings’ dignity first. 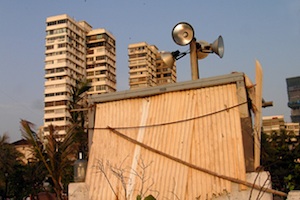 The word “forum” refers to far more than an imagined continuity with the most important urban design element of Antiquity, the square. As much as latter represented not only a structural feature, but a basis and precondition of civitas, of public sphere, Habitat Forum Berlin is to be understood as a platform for continued and actually practiced exchange of ideas and know-how. Habitat Forum Berlin aims at affecting global public spheres, understood as varied and distinguished, yet interactive. We understand public sphere as the humanly feasible version of an unconditional hospitality for which difference is a matter of course. Such locally oriented but globally networked public sphere does not coincide with an only abstract cosmopolitanism, but is based on an expanded responsibility – on an ethical sense of responsibility that replaces the appeal to the “right to”. 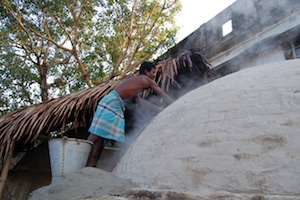 In order to allow such an imperative to responsibility (as opposed to the imperatives of law) to emerge, Habitat Forum Berlin fosters combined actions, exhibitions, festivals and by discussions that can hurt, because they attack consolidated standpoints. As a non-profit and non-governmental organisation it encourages inter- and transnational exchange, knowledge transfer and development cooperation.
With particular regard to the fields of urban and regional studies and planning as well as architecture, it aims at:

The concrete instruments toward this are events – exhibitions, seminars, round tables – publications, projects in urban or urbanising contexts and networks and co-operations in the areas of urban culture, local, urban and regional development as well as housing policy.

Habitat Forum Berlin acknowledges the UN resolution stipulated on occasion of the International Year of Shelter for the Homeless (1987), the agreements formulated in the UNCHS-Habitat Conferences of Vancouver and Istanbul (1976/96), as well as in the UN Conference on Environment and Development in Rio de Janeiro (1992). It is part of a worldwide network of independent institutions and initiatives that fight for democratic and self-determined dwelling and living.

Habitat Forum Berlin is registered as non-profit organisation in Berlin’s Chamber of Commerce.